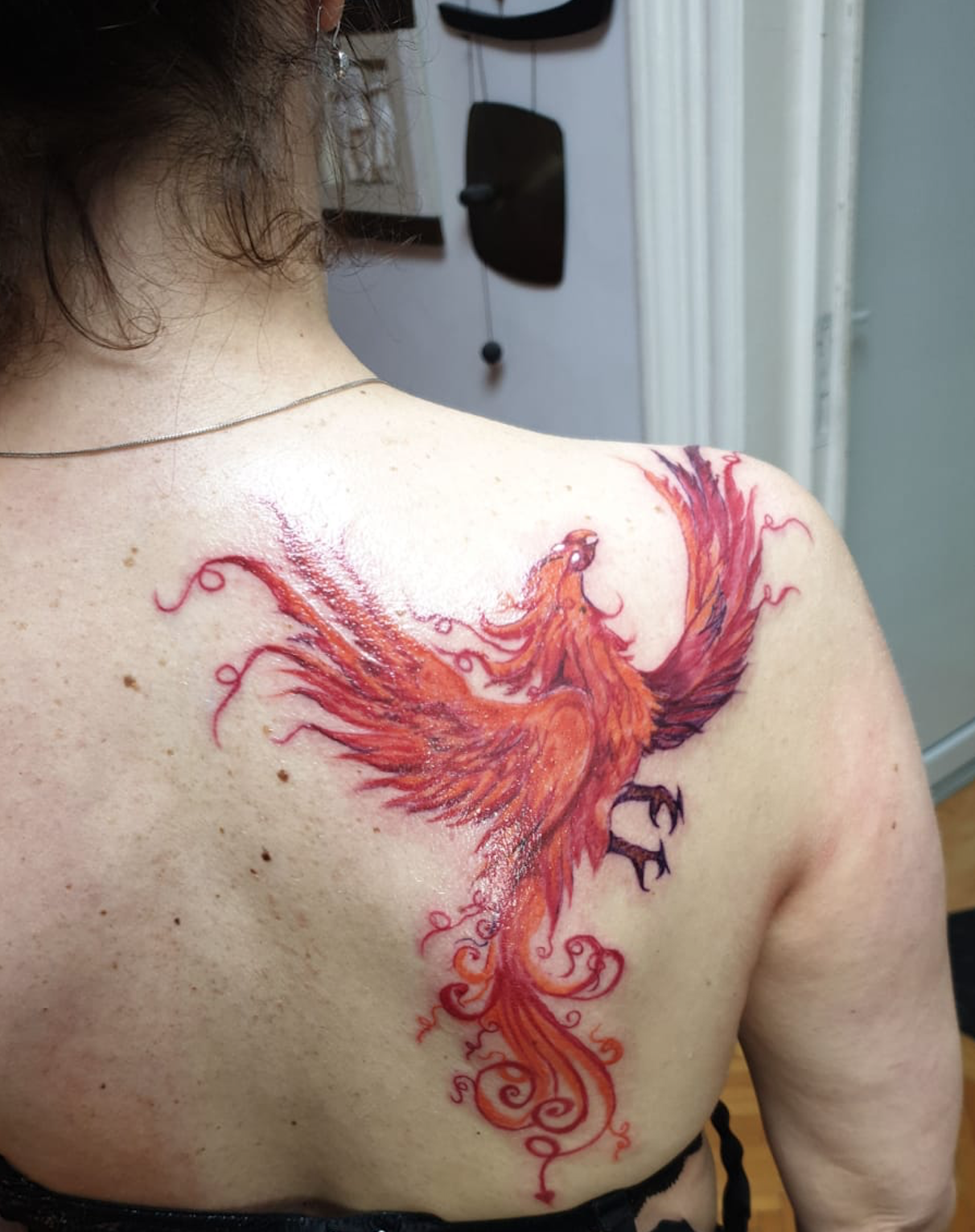 Before the pandemic hit, my Romanian mother came home from Italy for a three-month holiday – a holiday that consisted mostly of watching rom-coms on Amazon Prime. My parents divorced 15 years ago and my mum’s been single ever since, but has always said she wants to meet someone to share her life with: someone loyal, who’ll occasionally make her coffee in the morning.

I couldn’t stand seeing her alone all the time, watching movies or scrolling through Facebook, so I installed Tinder on her phone and got her profile set up. The first guy she talked to instantly told her that he’s married. My mum understandably couldn’t fathom why a married man would spend any time on dating apps, and dropped him immediately.

Next up was Dan*, a heavily tattooed man in his forties – who is also married. But that’s fine, he said: they could just be friends. When mum went out to meet him for the first time, at a KFC near our house, I was a nervous wreck. I’d asked for his phone number and told her to text me every now and then to let me know she was OK. By the time she got home, three hours later, I was panicking.

A few days later, Dan was tattooing mum at his house. She’s been through a lot, and had promised herself that in 2020 she would get a tattoo to reflect her triumph over adversity: a phoenix. I rolled my eyes and felt twice her age, but she was happy.

Mum and Dan remained friends while she kept looking for her soulmate on Tinder. She matched with Arvid, a green-eyed Norwegian, and they started talking every day. Arvid said his wife had died five years ago. He was normally based in London with his daughter, but was currently working on a temporary contract in Turkey as an underwater pipe engineer for Gazprom. He also said he was an incurable romantic, looking for his other half.

It wasn’t long before he and my mum were saying they loved each other. They made plans to meet in Romania once his job wrapped up – he even sent her a picture of his contract as proof.

It took me about two seconds to realise it was a fake. While Gazprom does supply gas to Turkey, the contract was riddled with typos, Arvid’s name looked Photoshopped and the signatures were missing. More worryingly, I also couldn’t find a trace of “Arvid Kare” on Google, Facebook or Instagram.

He was trying to convince my mum to delete Tinder now they had found each other. I told her I thought Arvid was creepy, and that he might want to steal her money or, worse, kidnap and force her into sex work. “Who’d want to have sex with a woman in her fifties?” she asked.

As a Romanian, I’m not unjustly paranoid. A 2018 report by the European Commission ranks Romania worst in the European Union for human trafficking. According to an analysis by the National Agency against Trafficking in Persons of Romania, Romanian victims of human trafficking increased by 29 percent between 2018 and 2019, to 698. In almost 200 of those cases, the recruiter was a stranger. In 74 percent of cases, victims were sold into sexual exploitation. The report also found that victims are often lured by someone they’ve met, while strangers online account for just 4 percent of cases.

Luckily, before long, my mum also became skeptical. I insisted she ask Arvid for a photo of his passport. He sent it the next day, with his name and picture obviously photoshopped. The passport didn’t have the proper background pattern, and his identification number on the bottom didn’t match the number at the top.

Arvid’s passport, with all the giveaways. We have blurred the remainder of his passport number.

I uploaded two of the photos he’d sent my mum to PimEyes, a search engine that’s handy for reverse image searching and facial recognition. The first result was an Instagram account of a guy named Paul, a gay man living in England, not Turkey. On his profile, I found all the photos Arvid had sent my mother; Arvid’s “daughter” was actually one of Paul’s friends’ children. I showed my mother what I’d discovered and could see the disappointment in her face.

Two days later, my mum was crying in her bedroom while on the phone to “Arvid”. I asked her to put me on. “My name is Kelvin,” said the voice at the end of the line, a 28-year-old from Nigeria. “I want to apologise for not using my real identity and for lying. I have no bad intentions with your mother.”

He explained that he’d pretended to be Paul because he didn’t think my mum would go for a 28-year-old Black man. “I knew that if I used my picture, she wouldn’t be interested in me,” he said, before agreeing to have a video call with us on Skype. There, he told us he was a car salesman and that he would have told my mum the truth when they met.

“It doesn’t matter what colour your skin is, but I could be your mother, you know that?” said my mum. Kelvin apologised again.

Kelvin, Skyping us from Nigeria.

I asked Kelvin why he was looking for middle-aged Romanian women, but I had a hunch. Nigerian internet scams are infamous, and romance scams are some of the most prolific – robbing victims of money while breaking hearts. During a police operation in September of 2019, nearly 300 people were arrested globally for orchestrating schemes including romantic and lottery scams, according to the Organized Crime and Corruption Project. Of those 300, 167 were from Nigeria.

“I’ve heard Romania is a nice place, with beautiful views and houses,” Kelvin said. By then I was sick of it, and hung up, Mum laughed and said she’d only cried because she was touched by Kelvin’s apology. I was just happy she hadn’t been kidnapped.

Psychologist Cezar Laurențiu Cioc has spoken with both victims and perpetrators of romantic scams, and mentioned four methods scammers are known use to syphon money.

The first involves pretending to be an American soldier with a load of money in the bank that he wants to share – only he needs $3,000 or $4,000 to withdraw the funds. In another method, the scammer just assumes a false identity in order to squeeze money or valuables from the victim. The next, known as the “Loverboy” method, involves seducing “gullible girls from rural areas” and promising them a better life in the West, before actually selling them into human trafficking networks. The final trick is also well-known, and involves the perpetrator asking the victim for money because he’s had an accident and needs help.

It’s possible Kelvin wanted to steal money from a lonely woman. It’s also possible he was just messing with my mum for fun. Either way, her story serves as a warning for falling head over heels online.

She’s feeling better now – partly because she no longer has Tinder on her phone.