A few friends have been posting about the eternal controversy of 2 up, three up and ‘how many on the cassette?’ with many of the grey beards among the group muttering about ‘9 gears was more than enough in my day’ etc etc.   At least we haven’t lapsed into talking bollocks about L-shaped cranks!?

I thought I’d briefly drop my tuppenceworth in here because I ride with my clubs on a fairly distinctive set-up which I’ve had for over three years now and love dearly.

About 5 years back I splashed out on an expensive (for me anyway) carbon road/hybrid called a Wessex One from Whyte. I gave it a test ride around Hitchin (Herts UK) and loved it from the off even in stock setup. Over the coming two years as we got to know one another better and I began putting some miles into the legs and the bike I realised it needed some tweaking. At the time I lived in Letchworth and my local bike shop (support your local bike shop!) was Trisports where I got all my repairs and servicing done. One weekend I got chatting to the mechanics as you do and I mentioned I was thinking of making some changes, one of the lads said he had a SRAM X1 Eagle groupset that might be compatible if that was where I was going so we dickered about price and settled on a build.

That config (44/42-10) lasted about 18mths and about 15k km…I knew what was and wasn’t working for me so I decided I needed something meatier up front. After some (pretty extensive) internet trawling I settled on a compatible 48 front chainring and SRAM AXS crankset.
Things to note dear reader: I get a LOT of comments about the rear cassette…It is massive and for some reason lots of riders look at it and not the crank before commenting on the ‘dinner plate on the back end’

The groupset is wireless with one small battery on the rear derailleur which easily last 3 weeks on normal club riding use.

Yes jumps between gears are a bit bigger than on a 2 x setup but it was an easy adjustment to make and you just spin out a bit harder at the top end to make the shift up a bit more seamless.

It changes the weight distribution of the bike a bit which you need to recognise and take account of.  The bike is definitely tail heavy now so in the wet if you are going to lose the back wheel under braking it happens faster and a LOT quicker but again it’s an adjustment

In the end I’ve got a bike that I love, I think looks great, rides like a dream and didn’t cause me to sell a kidney to get!

The Bicycle Academy goes into liquidation 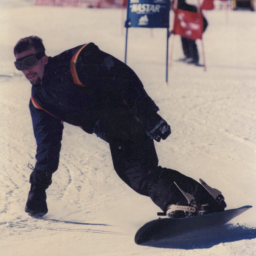